GREAT LENT QUICK LINKS:
Great Lent I Pre-Lenten Period I Lenten Worship I On Fasting I On Confession 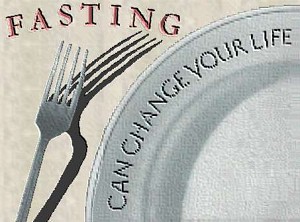 A special word must be said about fasting during lent. Generally speaking, fasting is an essential element of the Christian Life. Christ fasted and taught men to fast. Blessed fasting is done in secret, without ostentation or accusation of others (Mt 6:16; Rom 14). It has as its goal the purification of our lives, the liberation of our souls and bodies from sin, the strengthening of our human powers of love for God and man, the enlightening of our entire being for communion with the Blessed Trinity.

'Fasting appears gloomy until one steps into its arena. But begin and you will see what light it brings after darkness, what freedom from bonds, what release after a burdensome life.'

The Orthodox rules for lenten fasting are the monastic rules. No meat is allowed after Meatfare Sunday, and no eggs or dairy products after Cheesefare Sunday. These rules exist not as a Pharisaic “burden too hard to bear” (Lk 11:46), but as an ideal to be striven for; not as an end in themselves, but as a means to spiritual perfection crowned in love. The lenten services themselves continually remind us of this.

Let us fast with a fast pleasing to the Lord. This is the true fast: the casting off of evil, the bridling of the tongue, the cutting off of anger, the cessation of lusts, evil talking, lies and cursing. The stopping of these is the fast true and acceptable.

(Monday Vespers of the First Week)

The lenten services also make the undeniable point that we should not pride ourselves with external fasting since the devil also never eats!

The ascetic fast of Great Lent continues from Meatfare Sunday to Easter Sunday, and is broken only after the Paschal Divine Liturgy. Knowing the great effort to which they are called, Christians should make every effort to fast as well as they can, in secret, so that God would see and bless their openly with a holy life. Each person most do his best in the light of the given ideal.

In addition to the ascetic fasting of the lenten season, the Orthodox alone among Christians also practice what is known as eucharistic or liturgical fasting. This fasting does not refer to the normal abstinence in preparation for receiving the holy eucharist; it means fasting from the holy eucharist itself.

During the week days of Great Lent the regular eucharistic Divine Liturgy is not celebrated in Orthodox churches since the Divine Liturgy is always a paschal celebration of communion with the Risen Lord. Because the lenten season is one of preparation for the Lord’s Resurrection through the remembrance of sin and separation from God, the liturgical order of the Church eliminates the eucharistic service on the weekdays of lent. Instead the non-eucharistic services are extended with additional scripture readings and hymnology of a lenten character. In order that the faithful would not be entirely deprived of Holy Communion on the lenten days, however, the Liturgy of the Presanctified Gifts is celebrated on Wednesday and Friday evenings.

Even during Great Lent, Saturday (the Sabbath Day) and Sunday (the Lord’s Day) remain eucharistic days, and the Divine Liturgy is celebrated. On Saturdays it is the normal Liturgy of St John Chrysostom, usually with prayers for the dead. On Sundays it is the longer Liturgy of St Basil the Great.

The well-known teaching that Saturdays and Sundays are never days of fasting in the Orthodox Church, an issue emphasized centuries ago when controversy arose with the Latin Church, refers only to this eucharistic-liturgical fast. During Great Lent, even though the eucharistic fast is broken on Saturdays and Sundays, the ascetical fast continues through the weekends since this fasting is an extended effort made from Meatfare Sunday right to Easter itself.

From The Orthodox Faith, by Fr Thomas Hopko, OCA.

Our Fasting during Great Lent, by Fr. John Hopko

From Fr. Steven (with concluding comments below):

I get my fair share of questions each year about the precise nature of the prescribed fasting for Great Lent – especially from new members to the Church, catechumens, inquirers, etc.  I also assume that there is a certain amount of confusion over this, because we pick things up from other church traditions that did not quite fit into our own Orthodox Tradition. With Great Lent beginning next Monday, I wanted to pass on the fasting guidelines of the Church.  I found a very clear article about this entitled, "Our Fasting During Great Lent," by Fr. John Hopko.  It is attached to a book published by SVS Press - When You Fast - Recipes for Lenten Seasons.  Fr. John's article is to the point, and it also has some sound pastoral considerations added, so I will simply pass on the relevant paragraph or two for your reading and reference:

Our Fasting During Great Lent

We should begin by reminding ourselves of the basics of the Church's traditional discipline of fasting.  During Great Lent, the strictest levels of fasting are prescribed, with certain exceptions allowed for weekends and feast days.  The traditional norm, as developed and followed over many centuries in the Orthodox Church, is that we would abstain from the following items (listed here in order, beginning with those items that are eliminated first and then on down to those items that may be permissible at some times):

So then, generally speaking, during Great Lent we are to make do with the following types of food:

Having laid out the traditional guidelines for fasting, certain points must be made in reference to them.  First of all, each of us must make an honest, prayerful assessment of how well we can maintain the fasting discipline.  If we are unable - due to age, illness, or some other weakness - to follow  the traditional order of fasting completely, we must then make a decision about what we are going to do.  Being overly scrupulous in this regard will not save us but neither will any rationalizing away of the need to fast.  Each and every person, usually together with the other members of his or her family and, if necessary in consultation with his or her parish priest, needs to make an honest and prayerful decision about how he or she is going to keep the fast. (pp. 247-248).

A clear and pastorally-balanced approach in my estimation.  The book from which this article is taken, by the way, is filled with hundreds of lenten recipes, from "main dishes" to "cookies and desserts."  Again, it is available from SVS Press.

As to the fasting, there is no doubt that it is both a disciplined and a healthier way of eating and drinking.  Each and every family needs to work out its own “domestic strategy” striving for the “royal road” between the extremes of legalism and laxity. Fasting is only effective when linked to prayer and almsgiving. (MATT. 6)

As Fr. John noted, it is sound advice to speak with your parish priest about these issues and how they may be integrated into family life.  Please contact me if you so desire.

Dialogue with an Athonite Elder on Fasting 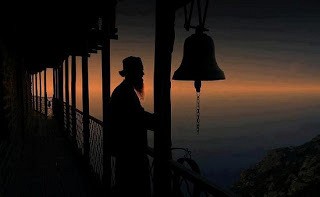 A fragrant-smelled saint-walkled land. Strewn from end to end with the relics of the saints. A meeting place of the descendants of Adam with their forgotten Creator. Here man is trying, he is struggling. God is constantly being offered. The same with man. Athos is a Holy Altar, a place of sacrifice. You move forward and the soul breathes. Every meeting is a spiritual education. You throw your nets and fish for spiritual food from the seas of paradise.

Are you on Mount Athos for many years?

"I've been here for sixty years, but what is sixty years to God; it is a breath.

Elder, I would like you to tell me a few things about fasting.

"In order to say something you must experience it, you must live it. Only one who was born near the sea or is a seaman can speak of the sea. But I will be obedient to your will and tell you what the Fathers said who were friends of fasting."

Elder, is fasting the aim?

When did fasting appear?

"Fasting is commingled with humanity. In Paradise it was given to man by God, says Basil the Great."

But why did God give fasting? To reduce man?

"No, in order to free him! The Sacred Chrysostom writes that when God created man He took him and placed him in the hands of fasting, which is an affectionate mother and excellent teacher. He entrusted it for his salvation. Though fasting is a teacher, it does not limit but it cultivates man."

"Fasting was given in Paradise as a precaution to not fall. Since man fell it is given therapeutically."

Then what is the purpose of fasting?

"Fasting withers evil desires, says Saint Maximus the Confessor; and Saint Symeon the New Theologian says it softens our hearts. Through fasting every good work is accomplished and perfected, says Saint Gregory Palamas. For all these reasons Sacred Chrysostom confesses his love for fasting: 'I love fasting, because it is the mother of wisdom and the well of philosophical acts.'"

How should we fast?

"Fasting is a means and spiritual tool which is not limited to food, but the entire man must participate in it psychosomatically. Listen to what John Chrysostom says: 'Do you fast? Give me proof of it by your works. If you see a poor man, take pity on him. If you see a friend being honored, do not envy him. Do not let only your mouth fast, but also the eye and the ear and the feet and the hands and all the members of our bodies. Let the hands fast, by being free of greed. Let the feet fast, by ceasing to run after sin. Let the eyes fast, by disciplining them not to glare at that which is sinful. Let the ear fast, by not listening to evil talk and gossip. Let the mouth fast from foul words and unjust criticism. For what good is it if we abstain from birds and fish, but bite and devour our brothers?'"

How do we bite and devour our brothers?

"With slander and criticism, which proceed from the lack of love for our brother."

Thank you, Elder. You have benefited me much.

"May we thank God for enlightening our saints."

"Go in goodness, and may the Grace of God cover you, the Panagia protect you, and the saints accompany you. And don't forget that fasting is primarily to hunger for God!"