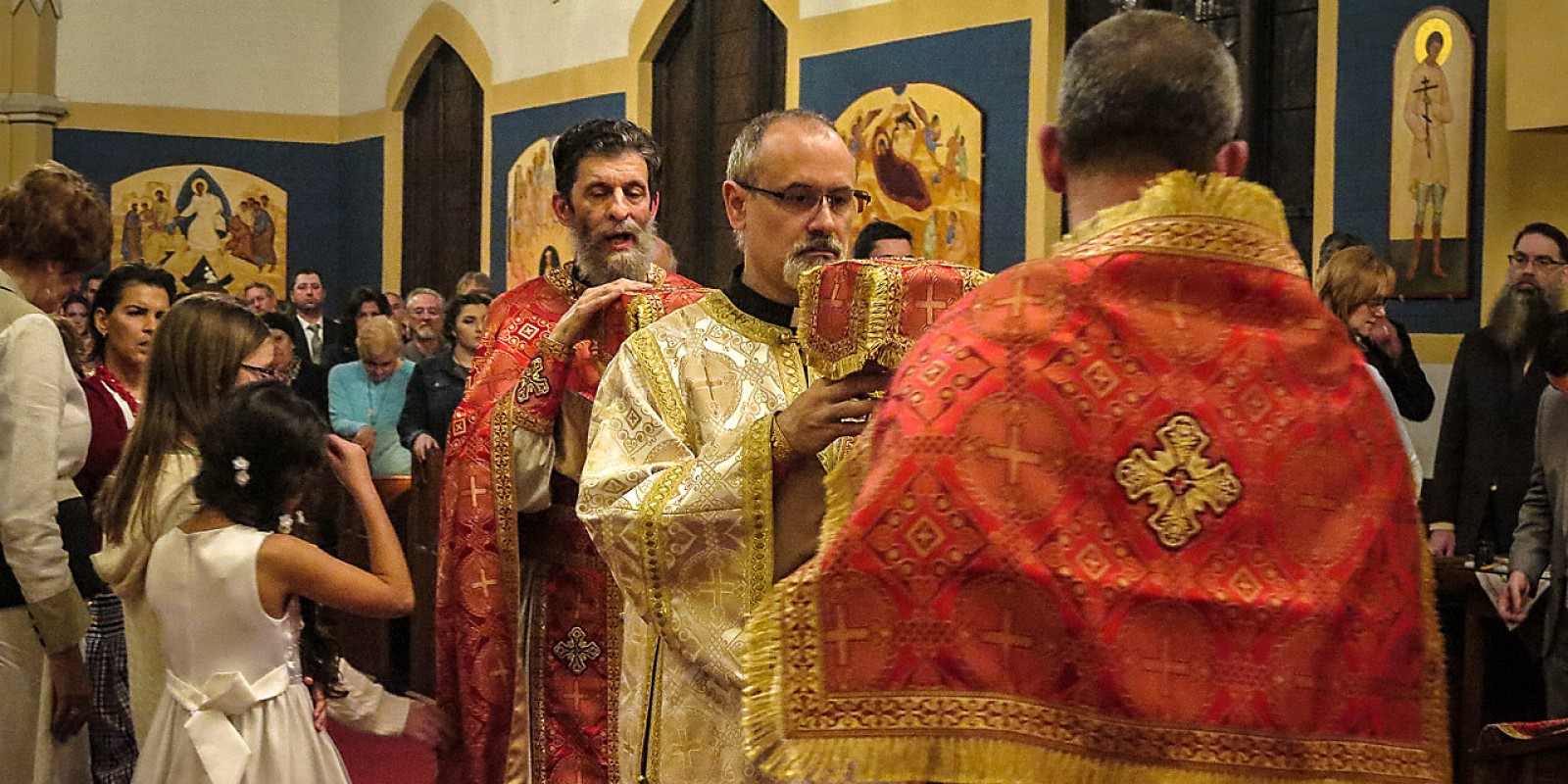 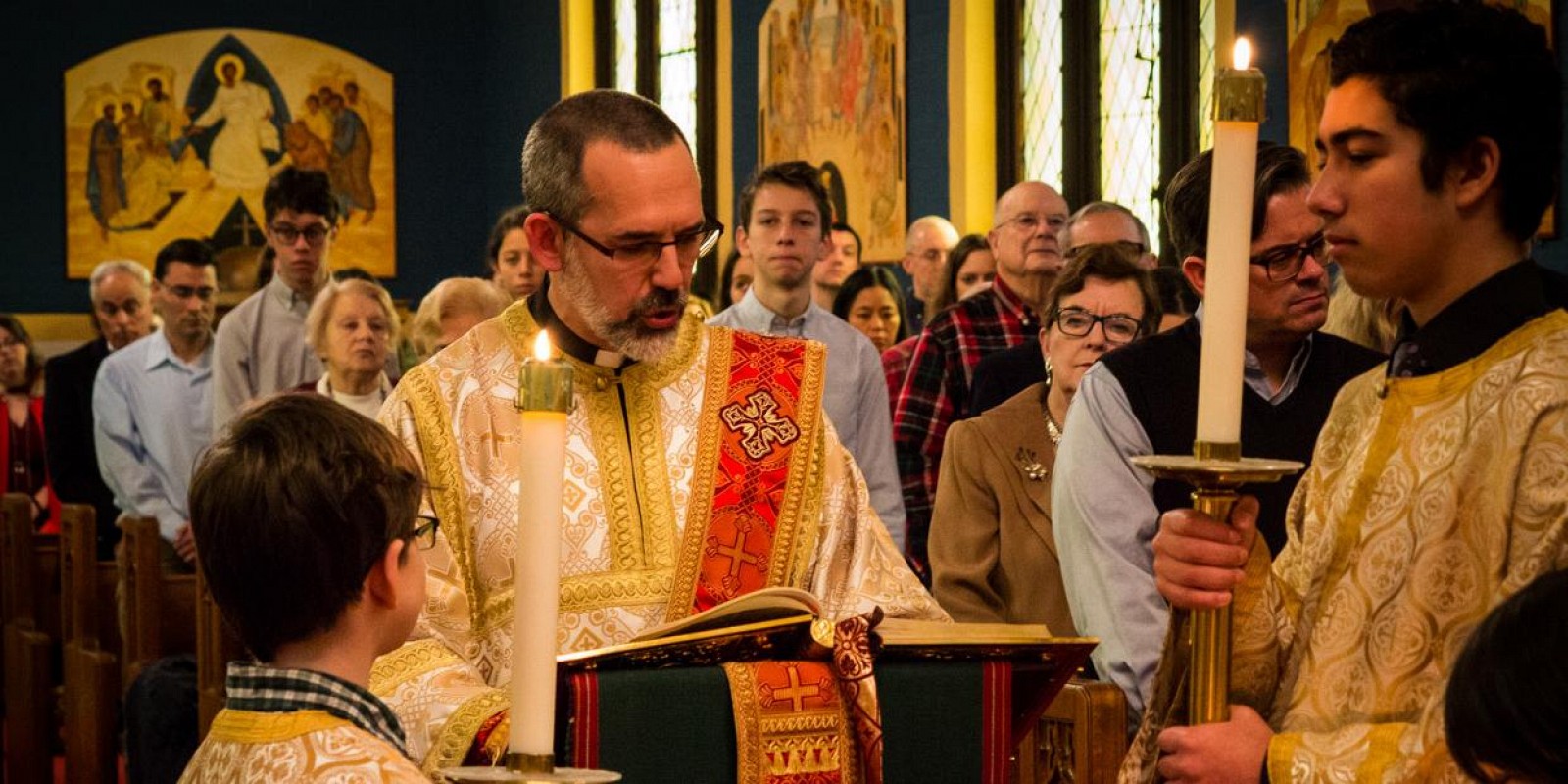 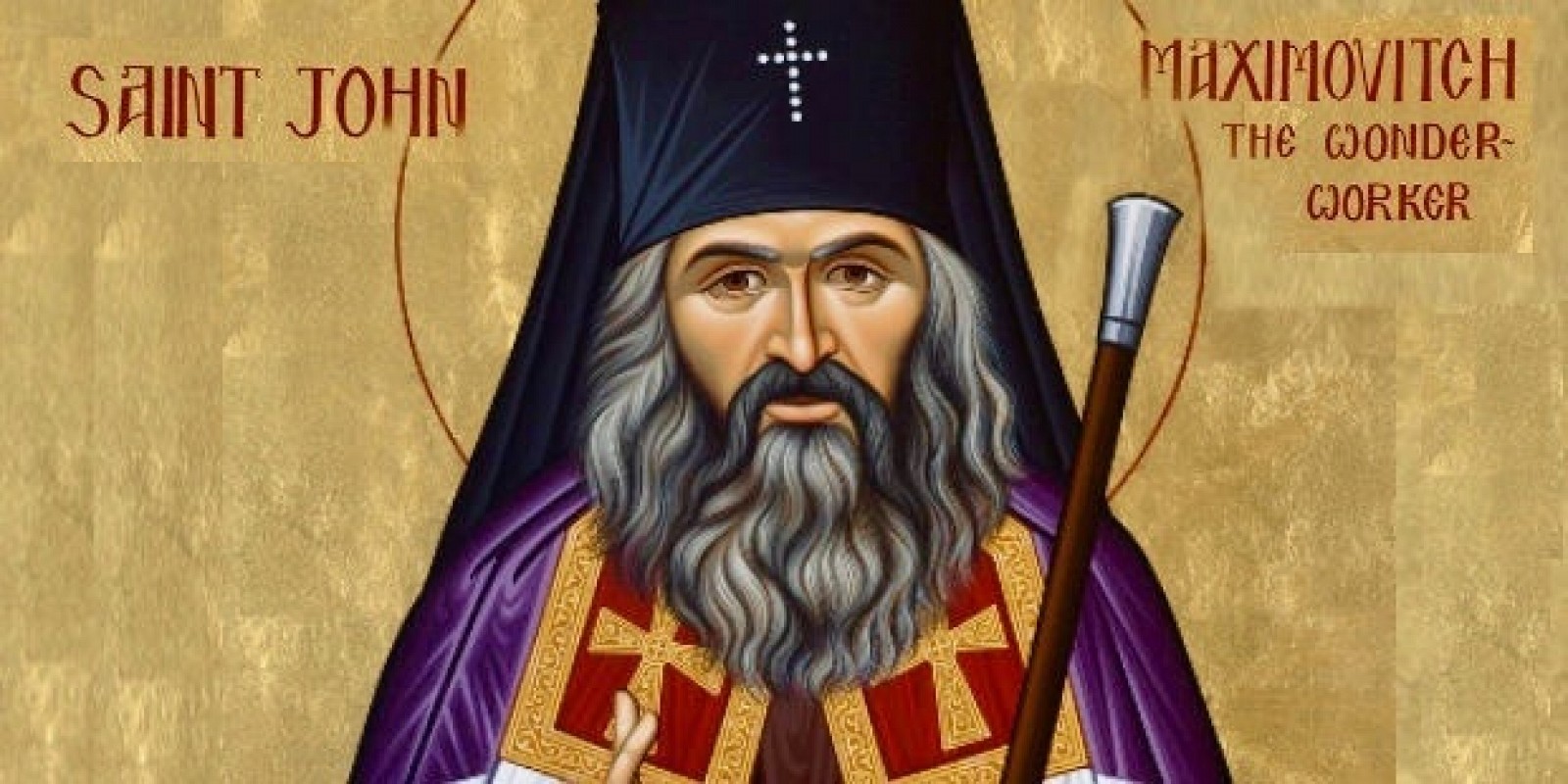 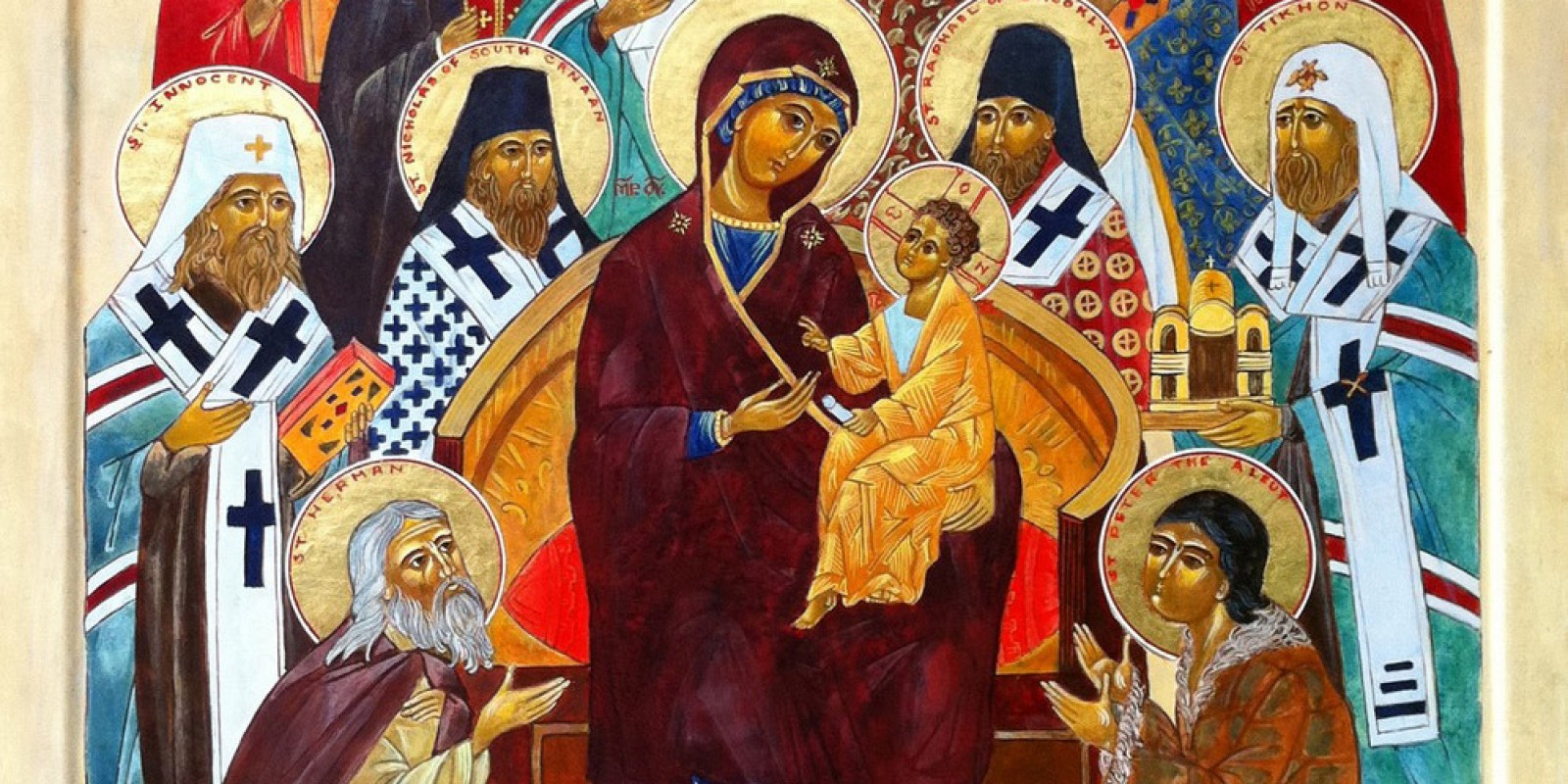 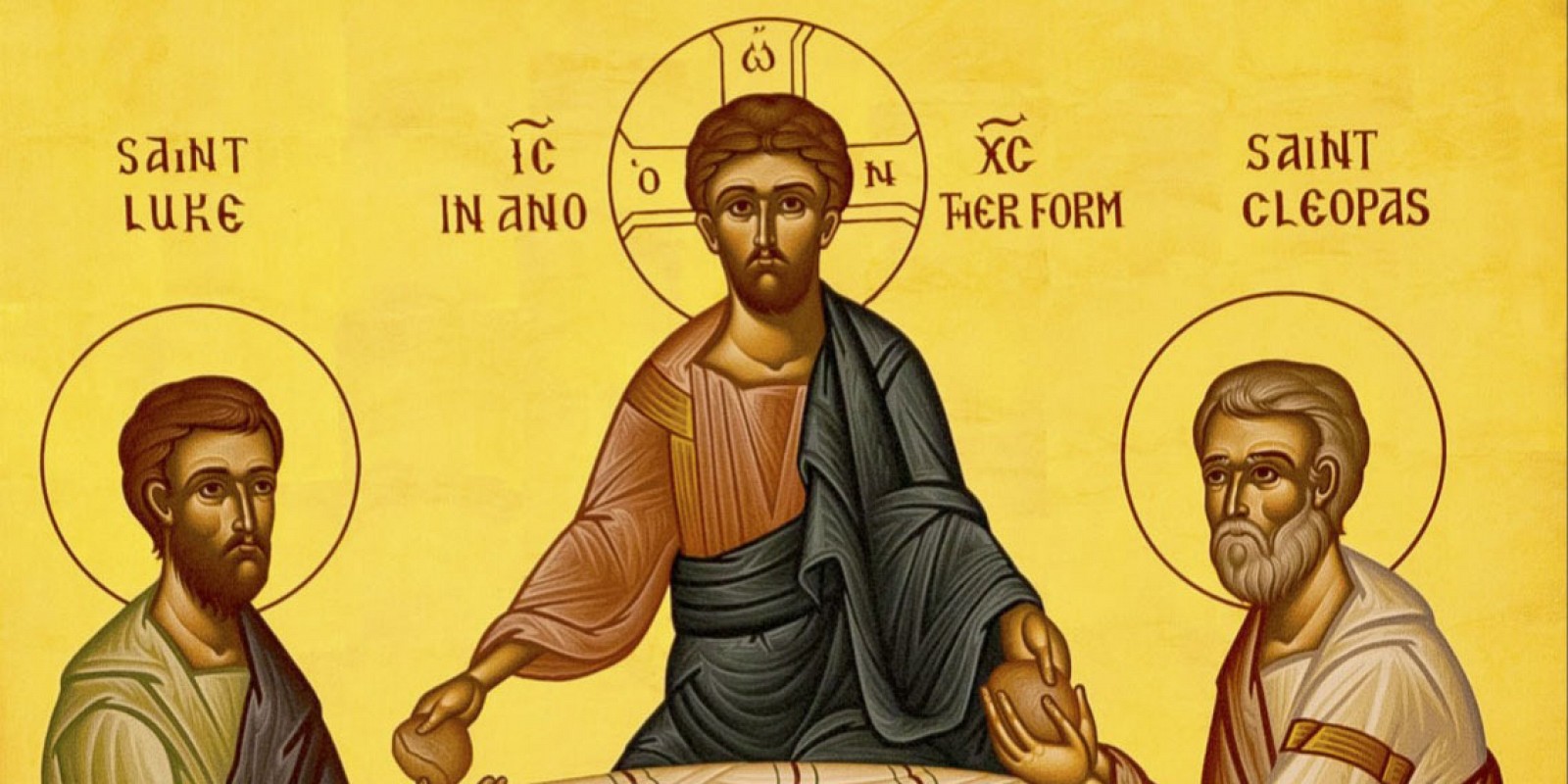 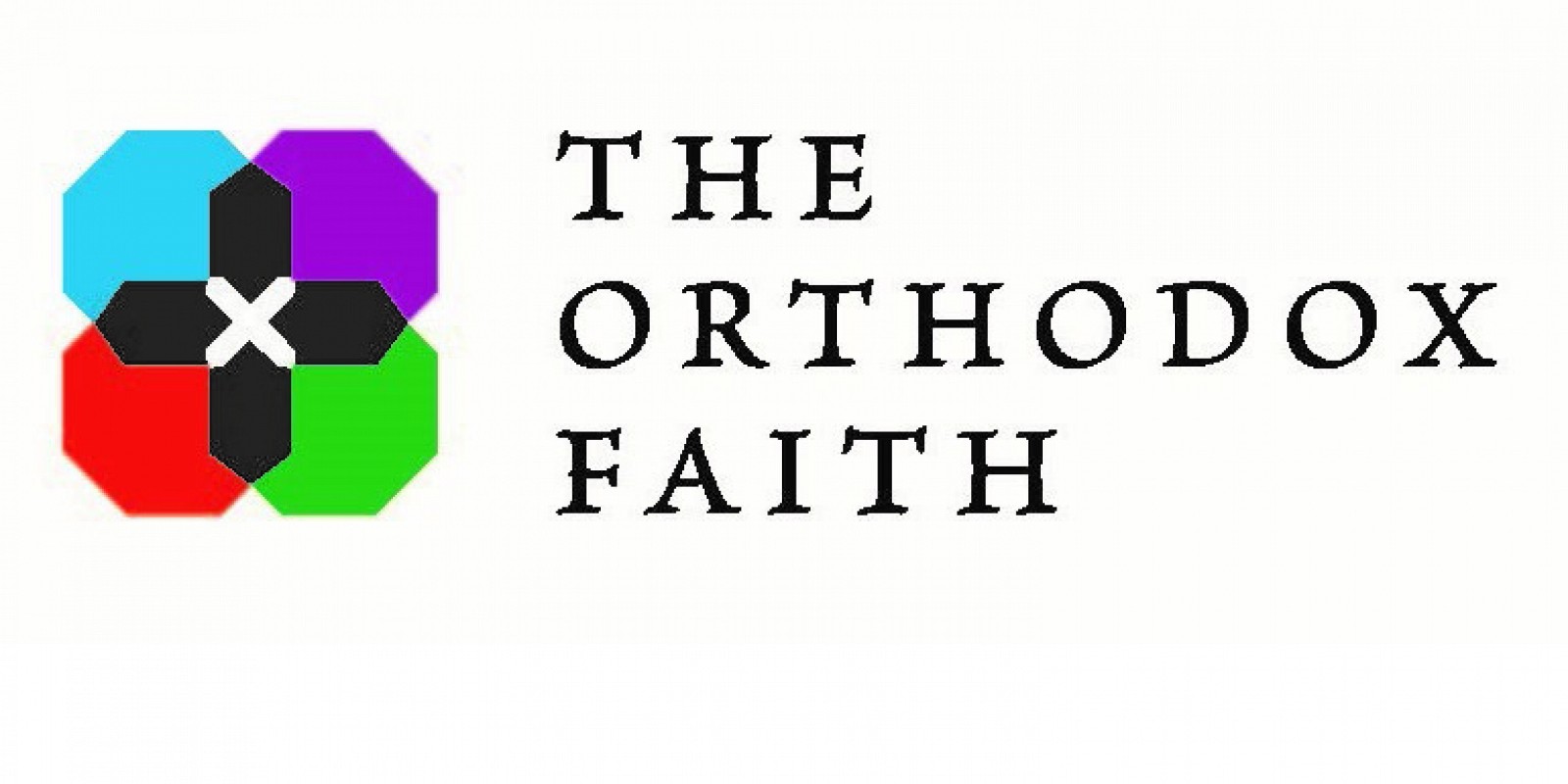 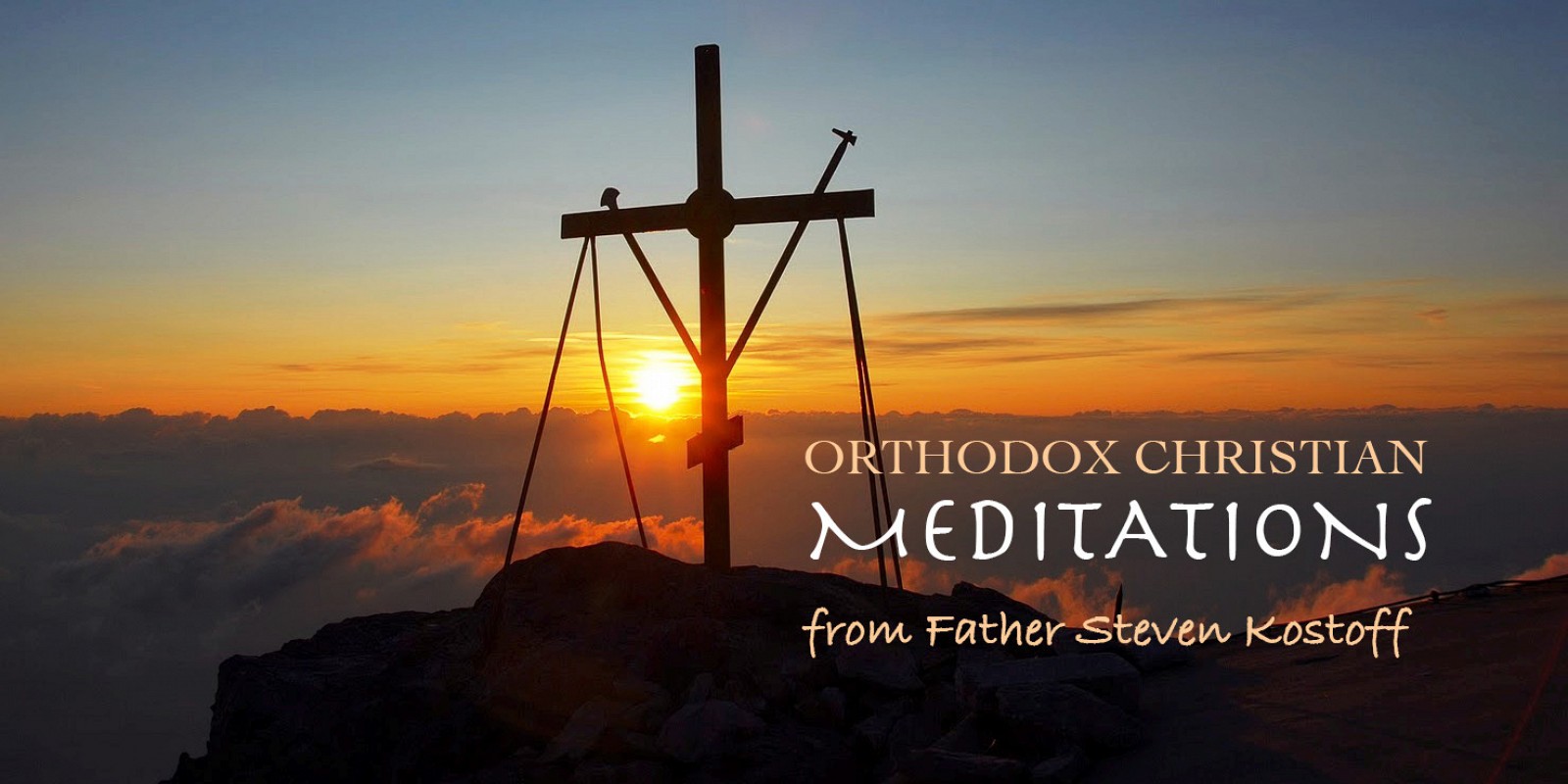 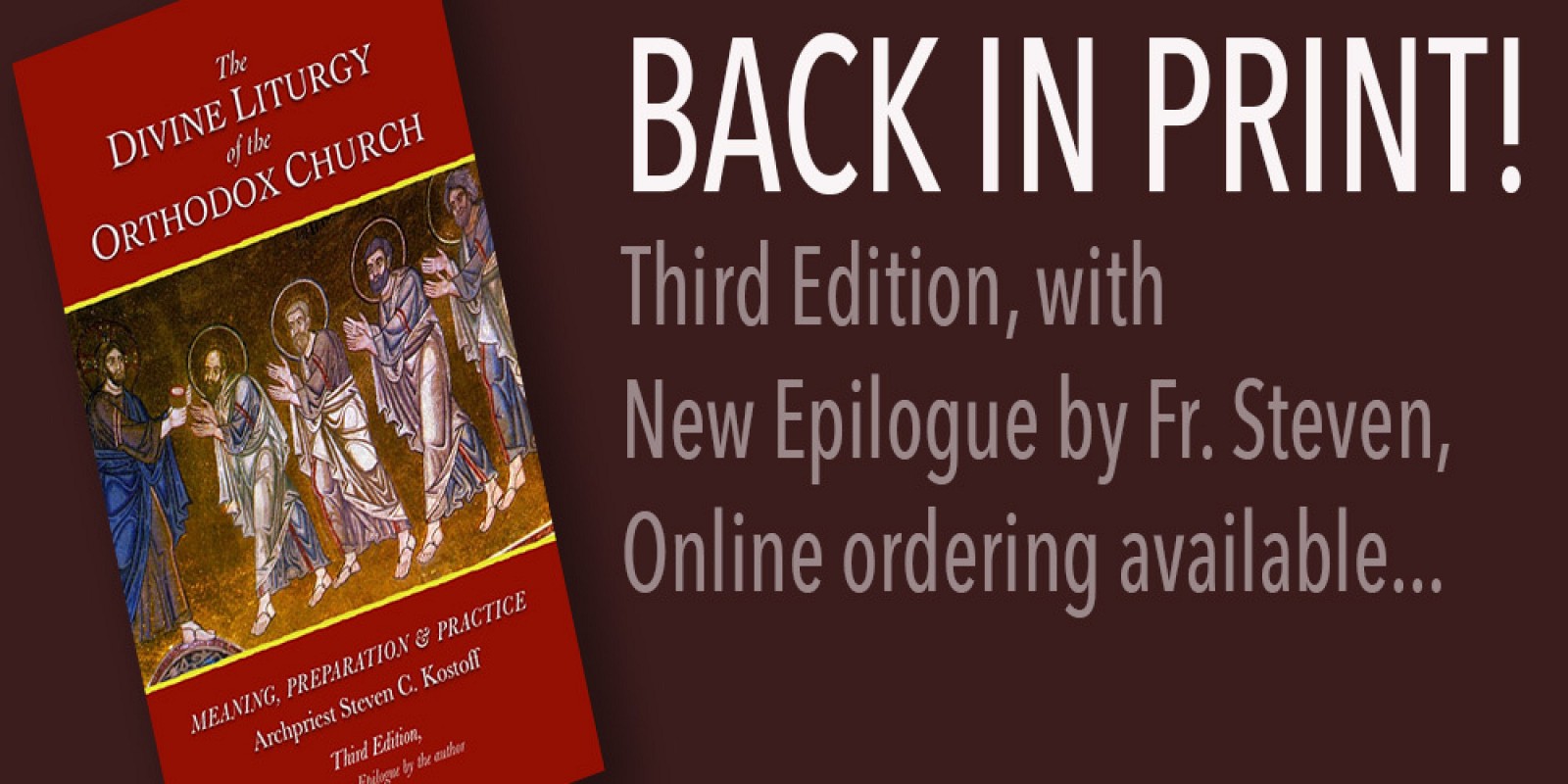 Explore our Special Page honoring St. John the Wonderworker, Archbishop of Shanghai & San Francisco, who shown forth in America.

Several of our parishioners have venerated St. John's relics in the Holy Virgin Cathedral he built in San Francisco. Our resource page has been expanded in recent years to include a recording of the Akathist and Service to St John, how to order the Akathist booklet, plus many resources on his life, books and icons available for ordering, and a recent DVD production about this beloved modern saint.

St John's witness, instruction and intercessions have changed lives - May we have his blessing! 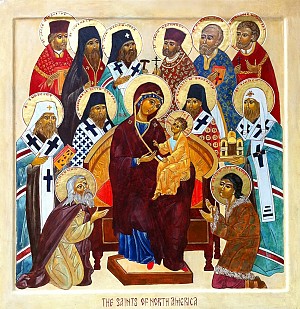 ALL SAINTS OF NORTH AMERICA

The second Sunday after Pentecost is dedicated to all saints of each local area.

Therefore, here we celebrate the Synaxis of All Saints of North America, and the growing number of saints and righteous ones who have shown forth in our continent. Learn more on our special resource page... 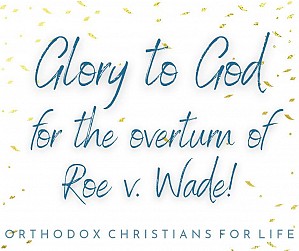 ORTHODOX RESPONSES TO THE OVERTURNING OF ROE v WADE

Includes the Archpastoral Message of His Beatitude, Metropolitan Tikhon, plus a statement from Orthodox Christians for Life. Read the messages and explore our Sanctity of Life Resource Section . . . 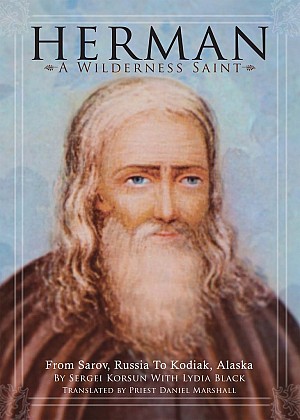 Get to know us through up-to-date parish news and feature articles... 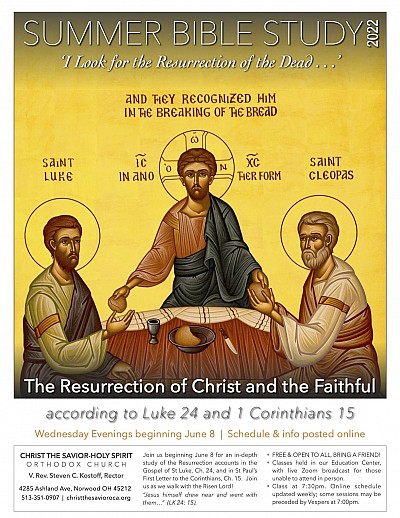 Beginning June 8, we will conduct an in-depth study of the Resurrection accounts in the Gospel of St Luke, Ch. 24, and of St Paul’s First Letter to the Corinthians, Ch. 15. Join us as we walk with the Risen Lord!

Handouts and class notes will be posted on our Bible Study page as they become available...

Life In The Church - In Season and Out of Season 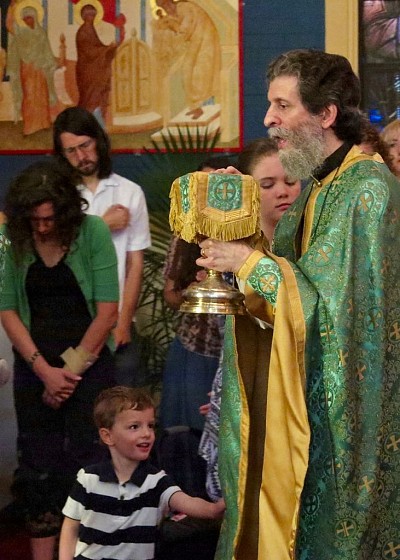 Read Fr Steven's new meditation about our life in the Church, which includes a helpful list of suggestions and reminders for the Summer months, with links for your convenience:

Life In The Church - In Season and Out of Season

"There is hardly a good reason to be less “Church-centered” in the summer than during the other seasons of the year. There is nothing “seasonal” about God: If God withdrew His presence but for a moment, we would simply cease to exist! Here are some suggestions meant to maintain our vigilance with the approach of the summer months . . ." 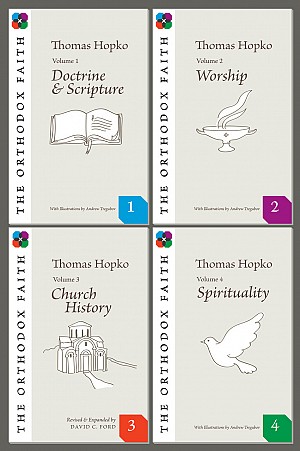 Ideal for Inquirers, new members, or anyone seeking to learn more about the Orthodox Christian Faith. 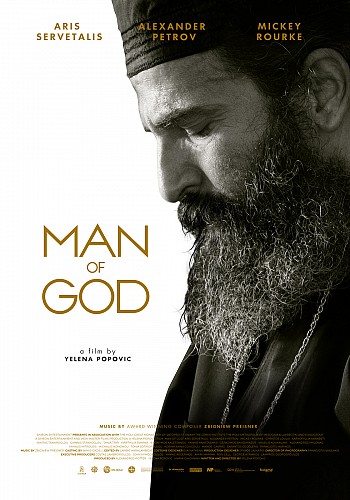 Widespread interest in the film, MAN OF GOD, has prompted us to create a new page:

Everything about the film was of the highest quality - the script, the acting, the recreation of late 19th - early 20th c. Egypt and Greece, the musical score, and a fine eye from the director for the larger narrative and those details that leave a lasting impression. The director, by the way, is Yelena Popovich, a Serbian-American, who is an Orthodox believer. She has made a film unapologetically focusing on a "holy man" (the actual meaning of the word "saint") of deep faith and piety - St. Nektarios of Aegina (+1920) The Orthodox scholar, Constantine Cavarnos has described St. Nektarios in the following manner: "Metropolitan of Pentapolis, great Theologian, Philosopher, Moralist, Educator, Ascetic, Mystic, Miracle-Worker and Healer." His written legacy is quite prolific . . .

Proceed to our special page for St Nektarios and the film, 'MAN OF GOD' . . . 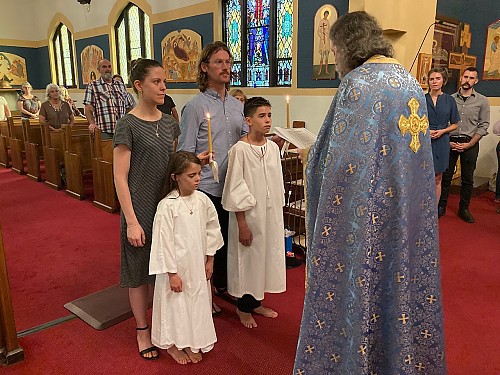 Our webservant has been catching up on a momentous and full year, and the results are starting to be posted on our Photo Gallery page!

First up is a delightful look back at a year of new beginnings, with highlights from weddings, baptisms, new members, feasts, and more. Watch for additional galleries to be posted in the days ahead.

Give towards your pledge, or make a simple donation.

On June 30, 2020, the parish celebrated Fr Steven & Presvytera Deborah's 30 years of ministry here at Christ the Savior-Holy Spirit. View some wonderful images from the special program and meal, and read some of Father Steven's reflections on this significant anniversary.

AXIOS! and Thank you, Father Steven and Presvytera, and may God grant you Many Years!!!

View photos on our Photo Gallery...

For Our Daily Rule 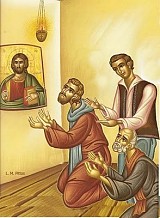 PODCASTS on the SCRIPTURES:

The Path - Daily scripture & commentary, inspired by the Saints

Daily Orthodox Scriptures - Reading Through the Bible in One Year

The Whole Counsel of God - Verse By Verse Through The Scriptures 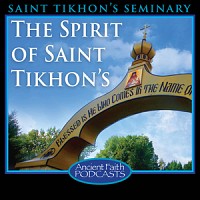 Christ the Savior parishioner Natasha Frasch delivered a talk at the 2019 conference, Speaking the Truth in Love, held at St Tikhon's Orthodox Seminary in South Canaan PA over the November 7-9 weekend.

You can learn more about the conference here, and listen to and download the presentations at Ancient Faith Radio.

Dear Parish Faithful,
I just discovered this wonderful YouTube video featuring our parish iconographer, Fr. Andrew Tregubov, explaining the traditional method and theory behind icon painting. Quite fascinating. It is relatively short and very nicely produced. Please take the time to watch this. I invited Fr. Andrew to the parish many times, but he always had to decline because of his responsibilities in caring for his parents and in-laws. His wife, Galina, hand stitched our burial shroud that we venerate during Holy Week.
With Fr. Andrew as our iconographer, our parish is blessed with some of the best iconography being created today in North America.
Fr. Steven 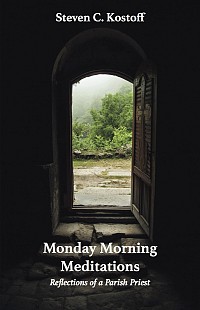 Fr Steven's most recent book is available through the church office/bookstore, and online.

"For almost twenty years now, parishioners at Christ the Savior-Holy Spirit in Cincinnati, and friends in Christ from places near and far, have been receiving from Father Steven his 'Monday Morning Meditations' via email, or have been visiting his Orthodox Christian Meditations Blog. Now at long last a selection of Father Steven's reflections have been published in book form by Kaloros Press!"

Learn more on this special page, and purchase at the church, or order online here.

The 'Image Not Made By Hands'

Celebrated on August 16 - Learn about our Parish Patronal Feast, the Miraculous Image of Christ associated with it and its amazing story, through these special resources:

Read this OCA article about the history and feast of the 'Image Not Made By Hands', the 'Holy Mandylion'.

UPDATED FOR 2022! - Download our Orthodox bibliography on the Holy Mandylion and the Shroud of Turin

This special PDF handout was originally produced for our 2019 Fall Retreat on the Shroud of Turin, and contains embedded links to books, articles, videos and more.