Vigilance, and the 'Sacred Gift of Life' 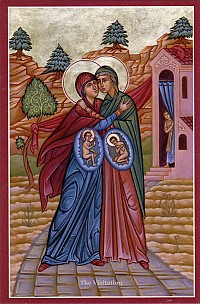 Today is the March for Life in Washington D.C.  This is the major Pro-Life event of the year when many American citizens can express their strong disagreement with what has become government policy concerning abortion.  Our new Metropolitan Tikhon and a large Orthodox group will join thousands of others in a peaceful protest against the immoral practice of legalized abortion in America.  This was enacted through the Supreme Court decision known as Roe vs. Wade, going back to 1973.  That makes this the fortieth anniversary of that infamous decision that has led to a veritable “slaughter of the innocents” for the last forty years.

The news on this front that I heard is far from encouraging, for the latest national poll (and you need to assess the over-all accuracy of polls) shows that the majority of Americans now favor the retention of our current abortion laws, beginning with Roe vs. Wade.  Clearly, what may be legal, is not necessarily moral or ethical.  The Church continues to affirm the “sacred gift of life” in the face of the legalized “culture of death” that has arisen in the last few decades.  We should all remain vigilant concerning the legalization of abortion; for this is literally a matter of life or death.

Scroll down for more resources...

It functions in cooperation with the hierarchy, clergy, and laity of the Orthodox Church regardless of jurisdiction or geographical location; and supports the doctrines and canons of the Church. The organization consists of over 800 members (including seven chapters) in the United States, Canada, Japan, New Zealand, Australia as of February 1998. It is also open to interested non-Orthodox Christians on an affiliate basis.

Orthodox Christians for Life is primarily a religious-educational organization and does not organize marches, demonstrations, or sit-ins; however, we do participate in such Pro-Life events as a group, or as individuals, providing they are peaceful and do not conflict with Church doctrine. We condemn all forms of violence in any effort to resolve sanctity of human life issues.


Visit the OCLife website for more info and to get involved...

A Pro-Life Story on the Anniversary of Roe v. Wade 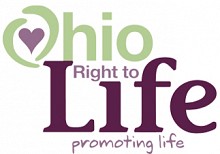 Today as we remember the 40th Anniversary of Roe v. Wade, Ohio Right to Life reminds and encourages all pro-life Ohioans to remain faithful in our mission and to continue to identify ways to help women and children.

Below is a speech recently given in Cleveland by our PRO-LIFE State Auditor Dave Yost. Mr. Yost shares a deeply personal story of the impact that Roe v. Wade would have had on his family if the U.S. Supreme Court would have issued the decision prior to 1973. Throughout his speech, Auditor Yost shares his passion and compassion for promoting and defending innocent human life. Thank you, Auditor Dave Yost!

"If Roe v. Wade had been decided fifteen years earlier, a radiant light in this world would have been snuffed out.

The child who would one day become my wife - named "Mary" at birth -- was not a wanted child.  She was adopted six months after her birth by parents who did want her, and they named her Darlene - which means "dearly beloved."

When she reached high school, her dad told her that her birth mother would not have carried her to term if abortion had been legal.

She was adopted in this very city. We do not know who her birth mother was, or if she is still alive, but this afternoon, I'd like to publicly thank her... for the burden she did not want but carried anyway; for enduring the pain of her labor; for her courage to complete the adoption.

Wherever you are... thank you. You are a hero to me.

When we talk about the beauty of life, the divine potential of every person, it is not an abstract idea... some philosophy or ideal or a line in a book.  It is a real and detailed thing.

If abortion had been legal, she would not have taken her lifetime of learning and wisdom and taught a new generation of students, passing on her own work and the work of those who had gone before her.

And those transient moments of beauty and joy -- when she drew the music of her heart from the strings of her viola - those moments would have never happened.

There is too little beauty and joy in this world for us to casually subtract from its sum.

Because... if abortion had been legal in 1958, the impact would not have ended with my wife.

The tide would have rolled on, sweeping away our three children - all musicians, all creators.

Our daughter Gwen runs the group therapy program at a halfway house, guiding and coaching and loving the very women who the elites believe are too damaged, too disadvantaged, to care for or love their own children... young women for whom the elites' best counsel is death.

Gwen hears from these women after they leave her program.  She knows both the heartbreak of failure - and the bright, shining moments of hope.  One woman wrote last month to thank her for her work:  "Thank you... You saved my life."

Had her mother been aborted instead of adopted, Gwen would never have touched those lives.

If abortion had been legal in 1958, Darlene would have not lived to given birth to Gwen, or David or Charis - who are all making this planet a better place, impacting the people around them for the good.

It's a cruel and deadly geometry.  Our granddaughters, in whom we can already glimpse hints of glory, would never have entered this world.
In great sadness, we can reflect today that there are other stories we do not know, for the court decision was eventually made, and millions of personal decisions followed that legal decision.  Those personal decisions - each, no doubt made in pain, often in horribly difficult circumstances - echo through time and stretch out endlessly before us, to the third and the fourth and the thousandth generations.

Today, forty years down this road, we have reached the grandchildren of Roe.

This cruel geometry impacts nations, too.  In 1979, China introduced it's one-child policy, enforced by mandatory abortion. China says it has prevented as many as 400 million children from being born over the last 30 years.

I spoke this past week with a businessman whose business is global staffing.  "The Chinese are out of workers," he told me.

The cruel and deadly geometry.

Those who embrace death in the name of choice argue that abortion merely delays childbirth, that the net effect is zero.

The net effect can only be zero if people are machine parts - all identical, all interchangeable.  All we have to do is look around us with open eyes to know that it is not so.

The value of a life is not measured by its economic worth, or its usefulness.  It cannot be measured even by its beauty and joy.

Life is the prime virtue, the first good.  It is the beginning from which all other things have the possibility to gain worth.

Life cannot be manufactured or bought.  It cannot be mined or found.  It is the beginning of consciousness, the thing without which nothing else matters.

We are here today to remember a court decision, and the grandchildren of Roe.  Let us here today take renewed strength from our shared conviction, and - as we peer through the gloom toward a brightening sky - take courage to stand, and to stand without apology."